Back on the GT road you reach Hasan Abdal, a pleasant little town particularly associated with Sikhs. Sikh pilgrims still visit it from India every year. Hasan Abdal has been a holy place for various religious groups throughout the ages, largely because of its springs. In the 7th century A.D., Chinese Buddhist pilgrim Hsuan Tsand reported that the place was sacred to the Buddhist and that there was a tank dedicated to a serpent King, Elapatra. 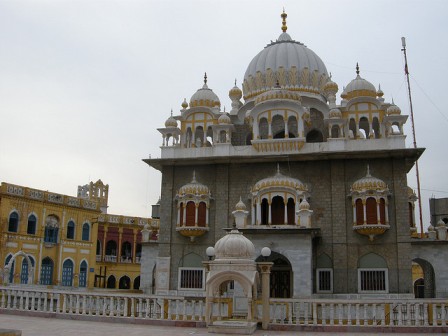 In the 15th century A.D. that town was associated with Guru Nanak, the founder of Sikh religion, and with a contemporary Muslim saint, Pir or Baba Wali of Qandhar, who may or may not be the same person as another Muslim saint, Hasan Abdal, after whom the town is named.